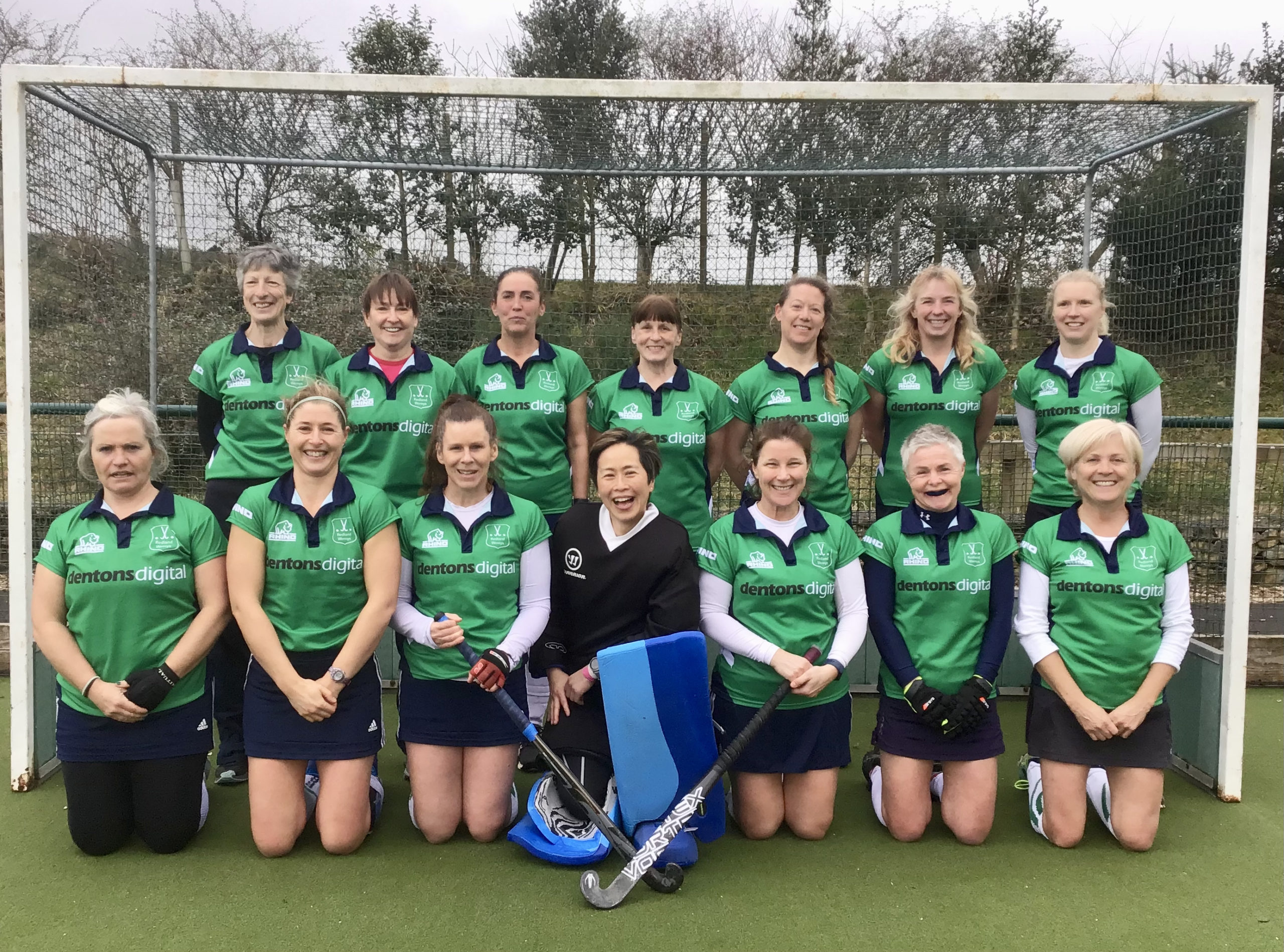 6 February 2022: The Wereys O45s valiantly soaked up sustained pressure from a well-drilled St Albans in their quarter final of the England Hockey O45s cup. Both St Albans’ (last year’s winners) goals came from slick short corner routines, one in each half. Yet, each time the Wereys responded with equalisers, also from short corner attacks, both converted by Sarah H, resulting in a 2:2 draw at the final whistle.

A nail-biting – and it has to be said, slightly controversial – penalty shootout ensued, which saw the Wereys emerge as victors 5:3 with some tremendous saves from keeper Chris C. The road to the cup continues, with semi-final opponents yet to be announced.