1 May 2022: Redland Wereys triumphed at the England Hockey masters O55s final over the May bank holiday weekend, beating Cheshire O55s 2-0. This was the first time EH has run the competition in this new age category, so it’s especially brilliant.

Wereys went up 1-0 quite early with a fantastic passage of build up play, from the back line, through midfield up to Sally, who had dodged her defender and neatly netted the ball past the keeper. The second goal was a bit more elusive, despite Wereys having put in a dominant performance. The final reward came in the 65th minute when Fi found Elaine, who drove into the circle before slipping the ball through to Rosie on the post, who slotted it in to seal the win.

Captain Cath says: “It was a great squad performance throughout the competition. I’m thrilled that we reached the final against Cheshire. On the way we defeated LX South (7-0) and then St. Albans (3-2), and to then go on and win the trophy and be the first team to get our name on it is fantastic.”

More images in The Wereys gallery 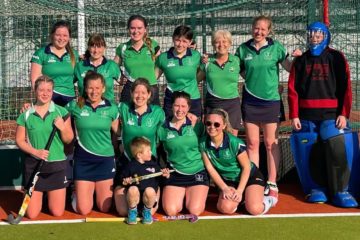 28 March 2022: Redland 2s have secured their position in Division 2 West following their promotion to this level last season. It was a tough call on the squad, but hard work and determination paid Read more…